We also would like to set optional analytics cookies to help us improve our Website. We will not set optional cookies unless you enable them. You can learn more about our use of cookies from ourCookies Policy. By clicking “Accept All Cookies”, you agree to the storing and use of cookies on your device to enhance site navigation, analyze site usage, and to assist in our marketing efforts. 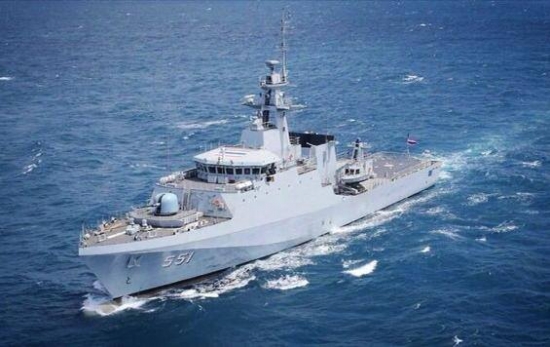 In 2009, the Company and related companies (Khon Kaen Cho Thawi (1993) Company Limited and Wallap Trucks and Bus Company Limited) jointly took over the management of the Offshore Patrol Vessel Project: OPV) of the Royal Navy from Bangkok Dock Company Limited by using the boat model from BAE SYSTEMS (United Kingdom), which the company is responsible as a consultant In the improvement of ship structure

Renovation work for the electrical system of a ship from a voltage of 440 volts to be reduced to 380 volts and the related company is responsible as a procurement consultant Financial management Warehouse Logistics, IT, and Maintenance The project took 4 years and delivered the offshore patrol boat in 2013, which is considered the first offshore patrol boat in Thailand. Created by Thai people for the Navy. And now the navy has been given the name of this ship "Krabi boat" and in 2017 the company received some project management